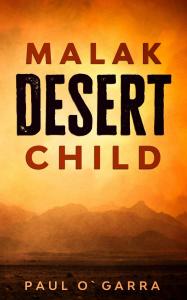 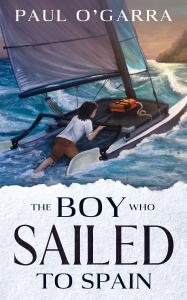 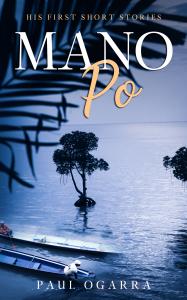 Today, Western Forces Invading Algerian Sahara, Stopped by Thousands of Mounted Tribespeople: OGarra's Book. "Malak."”
— Paul O'Garra
FUENGIROLA, MáLAGA, ESPAñA, September 22, 2022 /EINPresswire.com/ -- The book, “Malak desert child.” is a stunning evocation of North Africa and its encounter with Western civilisation seen through the relationship between Pete, fleeing to Morocco to escape his mental demons by seeking solace in a pre-modern world, and a family who in escaping from their violent, drunken father to the Algerian Sahara, experience other problems and persecution. The rich valleys and deserts of Morocco and Algeria, are given depth by insight into the immediate history of the area and two upheavals, a rebellion and a revolution. OGarra brings an unusual sympathy and insight into this largely unknown world, the southern 'Other' of Western civilisation, and through his familiarity and insight probes and brings out our common humanity in this tale of struggle and adventure. Albeit in the company of a courageous girl-child, her family and her newly acquired band of personages who seek only to save her from her own valour which finds her time and again plunging headfirst into the abyss.

Malak desert child is the second book in the continuing story of Masuhun (Moon) and his friends, and deals with how they tried to help Malak, a pupil at the local school, and her family, and finished up being pursued by desert armies in the Sahara desert…………………………. Malak is a beautiful five-year-old girl child. She lives in a cave in dire poverty with her drunkard father and her Saharoui mother and sister. Her enemies are all the towns children who victimize her and her sister because of their race and condition. Her only friend is a single mother named Latifa, and Malak´s grandmother Jeeda Hazzah who dies of cancer. But Malak is the champion of her family against a violent father and the children of the Zoco who she fights singlehandedly. This is a magical and often mystical story of a young girl and the people she stumbles upon, as she is rushed away by her uncertain destiny, to the land in which her mother was born, the Sahara Desert. The unravelling of Malak's story is also the unsnarling of the web of intrigue surrounding the North of Africa, and it´s peoples and history, and the reasons for many current dilemmas in this land of witchcraft and mystery.

The tale begins in earnest when a wandering ex-warrior happens on the child and is struck by her magnificent courage and beauty. After a significant episode with her drunken father and his cronies, having interceded on the family´s behalf, he flees with them on a stolen high-speed cruiser heading for Western Sahara and freedom.In the course of their errant journey, they are taken into threatening custody by the Algerian police. The day is saved by the intervention of an old friend of the warrior´s. The friend, a powerful Algerian Warlord, falls under the spell of the feisty child and seems to want to help them although Malak and her mother see in him a very enigmatic and untrustworthy character. Malak´s personality and mystic nature make of her the flux in an adventure which begins as a race to return her to her maternal grandfather´s family. Things start to escalate as her father reports the family as kidnapped and his country uses it as an excuse to intervene militarily.What begins as a flight of mercy will become a race against time as Malak and her friends take on the impossible to try and avoid a military invasion of the whole region by the allied forces of half of the civilised world. In this, they enlist the help of hundreds of thousands of tribespeople. Some tribes known to all and others lost in the wastes of the mysterious desert.

Do What You Got to Do