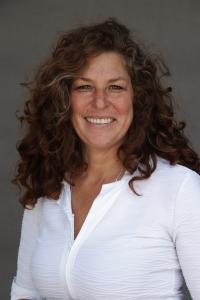 There is no place in the world like this university, where a person who wants to change the world learns to start with their very own heart. I am so excited to serve in this role and give back.”
— Kendra Sandoval
BOULDER, CO, UNITED STATES, September 22, 2022 /EINPresswire.com/ -- Naropa University is pleased to announce the appointment of Kendra Sandoval as the new Vice Chair of Naropa’s Board of Trustees. Coming from a storied background in education, politics, and environmental activism, Sandoval will serve as the first Latina Vice Chair in the university’s history.

Sandoval herself is a graduate of Naropa’s Master’s in Environmental Leadership program, and her career thus far has been a beautiful embodiment of Naropa’s vision: to co-create “an interconnected global community that embodies an everlasting commitment to personal actions, interpersonal relations, and vocations that promote individual, social, and ecological liberation and wellbeing.”

Sandoval says her education at Naropa gave her the practice to live the life she dreams of every day. “There is no place in the world like this university, where a person who wants to change the world learns to start with their very own heart. I am so excited to serve in this role and give back."

Sandoval’s heart led her to begin her career teaching special education at Denver’s Baker Middle School while serving as an appointee as the Northwest Denver Community Liaison for Mayor Webb. After graduation from Naropa, Mayor John Hickenlooper appointed her to staff the Greenprint Denver initiative, the City of Denver’s earliest sustainability program.

In 2011, Sandoval was one of seven paid staff on Michael Hancock’s first mayoral campaign where she connected Hancock with Latino and sustainability voters. She also co-designed a local social enterprise-training program supporting the working class poor throughout the Denver economy.

Sandoval then left to found Sandoval & Sandoval, LLC., a political consulting and sustainability firm, specializing in community engagement that empowers Latinos and other marginalized constituencies to connect with and engage in local public and political processes. As CEO, she recruited and mobilized over 900 volunteers to staff hundreds of community concerts, festivals, and events for the Scientific & Cultural Facilities District (SCFD) Reauthorization Campaign.

In 2019, Sandoval ventured back into the world of education at the University of Santa Barbara, California, where she served as Director of Community Affairs, Student Development, and Leadership–guiding a 400-student organization with a staff of 32. Today, she is the CEO of SSLLC and is an accomplished one-of-a-kind program and campaign strategist and consultant.

Throughout the many roles she has served in her career, it is clear to see Sandoval is a living representation of one of Naropa’s core values, to “champion active responsibility and courageous, effective, and inspired engagement with the world.”

Chair of Naropa’s Board of Trustees and fellow Naropa graduate Tyler Norris says, “It is an honor to serve alongside Kendra, and I welcome her partnership in helping guide Naropa into its next chapter of leadership for contemplative education, rooted in our commitment to justice, equity, diversity, and inclusion.”