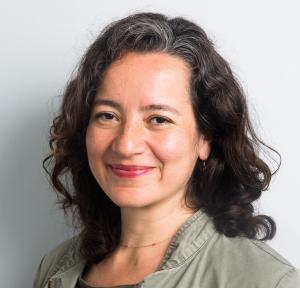 "The resignation of Andrew Cuomo, and the elevation of Kathy Hochul to Governor, highlighted the importance of selecting the right person for the role of Lieutenant Governor. The second highest position of power in New York State needs to be filled by a person of integrity and a track record of accountability. For CVHPower, that person is undeniably Ana María Archila. Ana María has been fighting for Black and Brown communities in New York for over two decades. When Black and Brown communities are the most impacted by the lack of affordable housing, environmental justice, and economic justice, we need an advocate willing to go above their assigned role and speak up for those whose voices are often muted."

"As a Black woman in New York State, my priority is seeing my community live abundantly. In order for this to happen, we need a Lieutenant Governor who will work above and beyond their ceremonial role to ensure all New Yorkers have access to affordable housing, a top priority for our organization. Ana María Archila has worked hard alongside the most under-resourced communities to ensure everyone has an equitable opportunity to thrive. I'm proud that our membership has identified her leadership as the one we need in Albany," said Cheryl Watts, CVHPower Board Member and Leader of CVHPower's Follow Black Women Project.

"I am so honored to receive the endorsement of Community Voices Heard Power, whose members have led critical efforts to advance racial, economic, and social justice across New York City and the Hudson Valley," said Ana María Archila, Democratic candidate for Lieutenant Governor. "From Harlem to the Hudson Valley, CVH Power has led the call statewide to put the needs of tenants--whether they're living in NYCHA buildings or unregulated apartments--first. I am deeply committed to standing alongside them in the fight to preserve and build truly affordable housing for our communities."

In 2021, CVHP led its largest electoral program to elect progressive and diverse candidates into office to create a more equitable New York for everyone. With 16 candidate wins in the last electoral cycle, CVHP is committed to supporting women, people of color, and or low-income people committed to building a co-governance model with their communities. www.cvhpower.org