KSF – US Open Kungfu Challenge 36, Gathering of the US Open KungFu Sanshou/Sanda Fighters and Teams 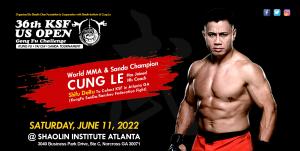 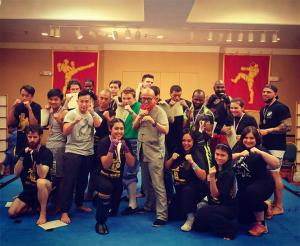 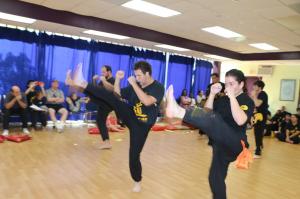 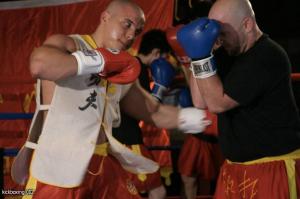 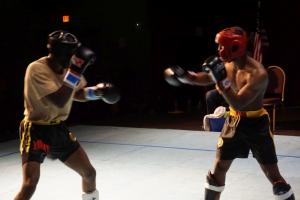 KSF 2022, US Open Kungfu Challenge 36 provides a window into past decades of fighters & revels a new future for Sanshou fighters and coaches to come together

This event gathers not only some of the most well-known US Sanshou team members & coaches, but also many younger fighters, participated in our Sanshou/Sanda events in the US for the past 30 years”
— DeRu

This is a special event that gathers not only some of the most well-known original US Sanda/Sanshou team members and masters but also many younger fighters and coaches who have participated in our Sanshou/Sanda events in the US for the past 30 years, according to the director of the event.

It will especially showcase the new star Sanda fighters who are coming to the stage. Cung Le and his coach DeRu Shi (Shifu DeRu) will be the co-promoters, partnering together with fighters, trainers, and friends as well as supporters in this joint venture to revive the KSF - US Open Kung Fu Challenge. The KSF (Kung Fu Sanda Federation) is part of Shaolin Chan Foundation (a non-profit organization promoting Asian wisdom, natural healing, health, and martial arts).

Day-event will consist of traditional Kung Fu, Tai Chi, and other martial arts forms, weapons and light contact competitions, as well as continuous sport sparring with limited light contact and youth Sanda. Please consult the event logistics and agenda lineup for details. For more detailed information, call 770-286-9808 or send us an email at shaolininstitutega@gmail.com. Our website is https://www.ksfworld.org.

As Shifu DeRu has expressed: It's been almost 30 years since the very first official US Open International Sanda/Sanshou fight in the US at the Mobile Convention Center, where we showcased the skills of amazing fighters such as Cung Le, Alan Honeycutt, and David Sanders among many others from international countries.

Sanshou, or Sanda, developed from Kung Fu like Bruce Lee’s Jeet Kune Do, is a growing sport. Sanda’s popularity is on the rise, and together we will reignite the world’s interest in Sanda. “The exciting new era of Sanda is coming,” said DeRu.

The US Open Kung Fu Challenge is unlike any other MMA sport, as it incorporates full body contact with greater freedom to use all styles of combat skills. It is a very exciting combat style for audiences to watch. Fighters are allowed to apply the techniques of punching, kicking, kneeing, throwing, interception, and wrestling with limited grappling.

Jason Yee, World Sanshou Bronze Medalist, US Sanshou Champion & one of the US Pioneer Sanshou fighters and coaches, who brought his team many times won many medals, including golds.

MMA and Sanshou fighter Mike Altman, part of the US Team and one of the first to go to China twice before Patrick Barry, fought and won WuLin Wind Super pro Sanda. He brought his team many times to the US Open and won many fights in both pro fights and amateur fights.
US Sanshou fighter & Coach Brent Hamby has also brought his team numerous times and won many gold and silver medals.
US Sanshou Champion and US team member and MMA Fighter Scott Sheeley has not only fought and won at the US Open and National Team trial but also brought his team to support him and won many medals.
European Sanshou and Muay Thai kickboxing Champion Paul Gurevidius got his silver medal after Patrick Barry knocked him out at a 2003 pro fight.

Some of the most well-known promoters and judges have always given their fullest support to the US Open for decades, such as Xia BaiHua, Fu ZhongWen, Wang JuRong, Wu ChengDe, Jeff Bolt, Mike Barry, Gary Utterback, Tai Yim, Lily Lau, Nick Scrima, Denise Brown, and Garland Johnson among so many others…

Many International teams supported and competed in the US Open International Martial Arts Championships such as the Brazil Team, the China Special Police Team, the Swiss Team, the Neverland Team, the Italian Team, the Canadian Team, the South African Team, and many more…
Our later years US Open Team like Vatsana Chanthala and Sunshine Hebert have indeed been a backbone to our events.

For more information of to purchase tickets today, visit ksfworld.org.